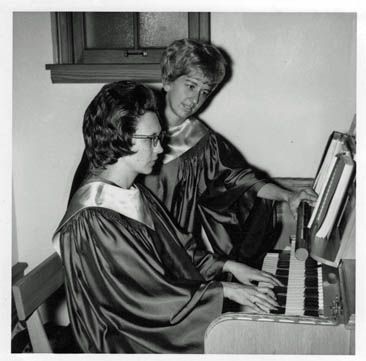 St. John Lutheran Church was established in 1883. The town of Williston actually came first; hand-hewn from a wilderness of maple, hickory and elm. Lumber was the leading industry, and farmers quickly followed the receding timber line, clearing the fields for tilling.

This was the pattern through much of Northwest Ohio: here and there the lumbermen set up their mills. Towns sprang up. Unpainted clapboard towns, vigorous at first, but with a fast-spent youth that died as the mills moved on to virgin timber stands.

Williston was such a town. The stave mill set the pace. But in addition Williston also had the railroad – and through a combination of the two, the town had a basis for a more enduring life than most.

As the community deepened it roots, the need for a church, initially fostered by a few, became more recognized. So it was that on June 24, 1883, a small group of local men met to seek a solution. The first recorded minutes of the congregation state: “On the Day of St. John the Baptist in the year 1883, this congregation was established.”

Reverend Gideon Rausch from Salem Lutheran Church in Toledo would lead morning worship services at Salem, then come by horseback for afternoon worship in Williston.  When the roads were muddy, he would walk the fifteen miles, following the railroad tracks. 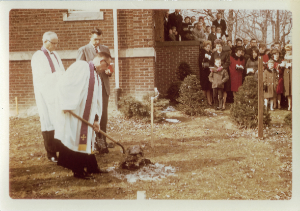 Groundbreaking for the educational wing; circa 1965

In 1885, two acres of land just north of Williston were purchased for use as a congregational cemetery. (Now the Allen Township Cemetery on Martin-Williston Rd.)  A parochial school was conducted for children of the congregation.  Later a frame school was built beside the church.

In 1907 Pastor C. F. Schleicher accepted a call to St. John, but illness forced an early retirement.  He died shortly after and his son was called to serve in his place.

In 1913 Pastor Max Schleicher accepted a call to serve at St. John.

In 1915 the congregation began worshiping in English once a month.

In 1916 the new brick church building was dedicated.

In 1919 worship services in German were limited to twice a month.

In 1923 the frame parsonage was replaced with the current brick parsonage.

In 1929 worship services in German were cut to just once a month.

In 1934 Pastor Schleicher resigned to give his full attention to developing the Luther Home of Mercy which he had established.

In 1941 the cemetery was turned over to the Allen Township trustees.

In 1943 Pastor Geral Ferne was installed at the congregation's sixth pastor.  The final German communion service was held on the last Sunday of that year.

In 1952 the church building was enlarged to its current size that you see now.

In 1954 the congregations of St. Peter and St. John decided to each have their own pastor.  Pastor Ferne remained at St. John.

In 1964 Pastor Henry Tegtmeier accepted a call to serve as pastor.

In 1967 the educational building, bell tower, and front entrance were dedicated.

In 1982 Reverend James Bosse accepted a call to serve as shared pastor with Luther Home of Mercy and St. John.  He served from 1982-1989.  Also this year communion was offered every Sunday (except for the fifth Sunday of the month).

In 1990 Pastor J. Lindsay Shaner accepted a call to serve as the congregation's pastor.

In 1993 ground was broken for the addition on the southwest corner of the building.  An elevator was added, as well as an office for the secretary, and bathrooms were upgraded.

In 2007 Reverend James Van Brussel was sent as interim pastor.

In 2009 Reverend Shawn O'Brien accepted a call to serve as the congregation's pastor. 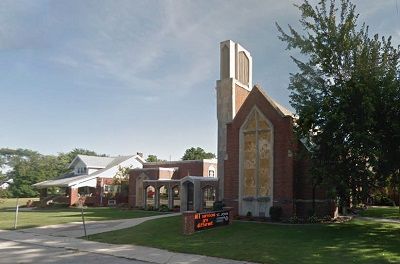 We are located in beautiful downtown Williston, Ohio, on the corner of Main St. and Toledo St. (aka. State Route 579).  There is ample parking at the rear of the church building.  A map can be found here. 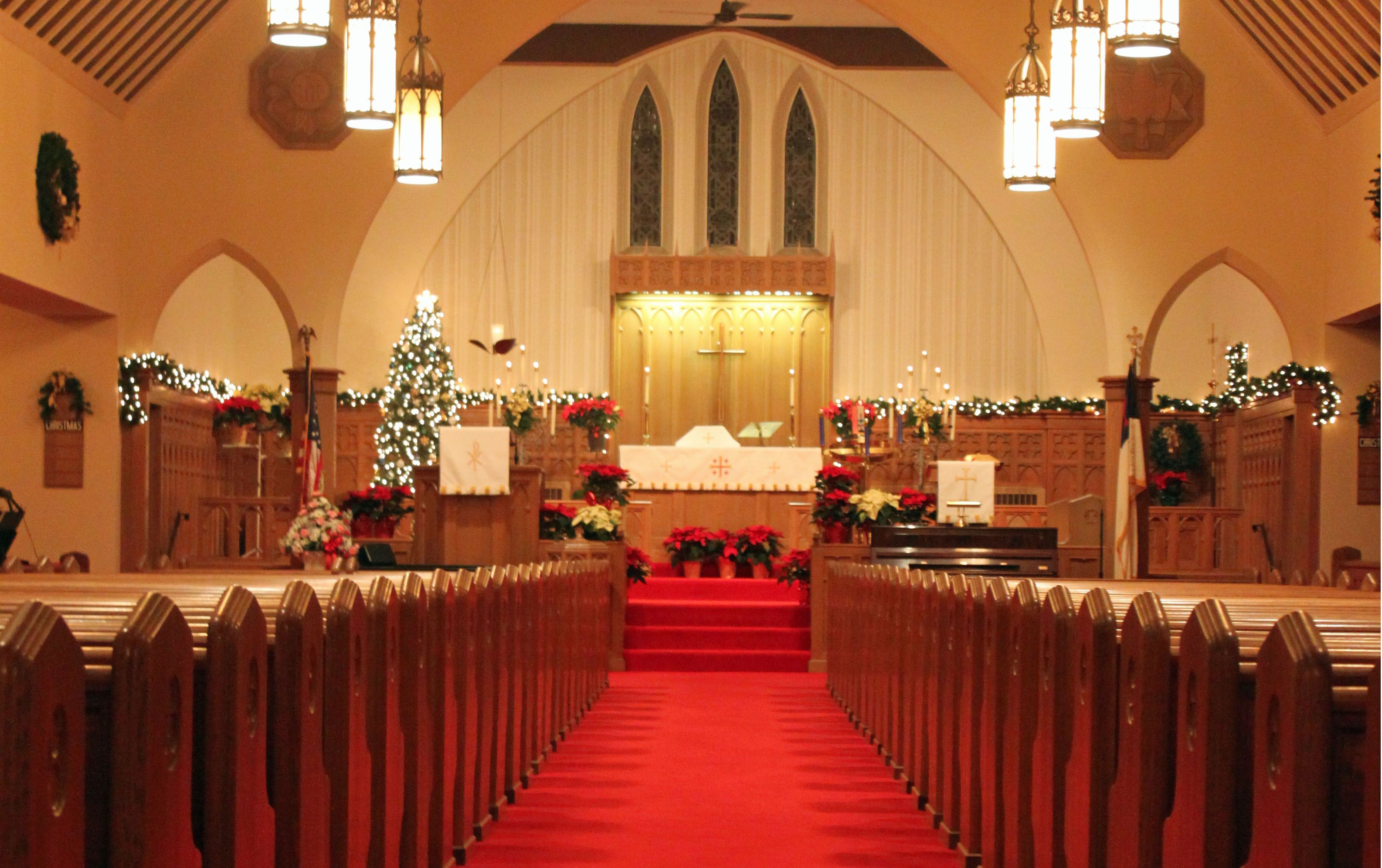 Sunday school - 8:30a (September through May)

First-time guests can click here to learn what to expect. 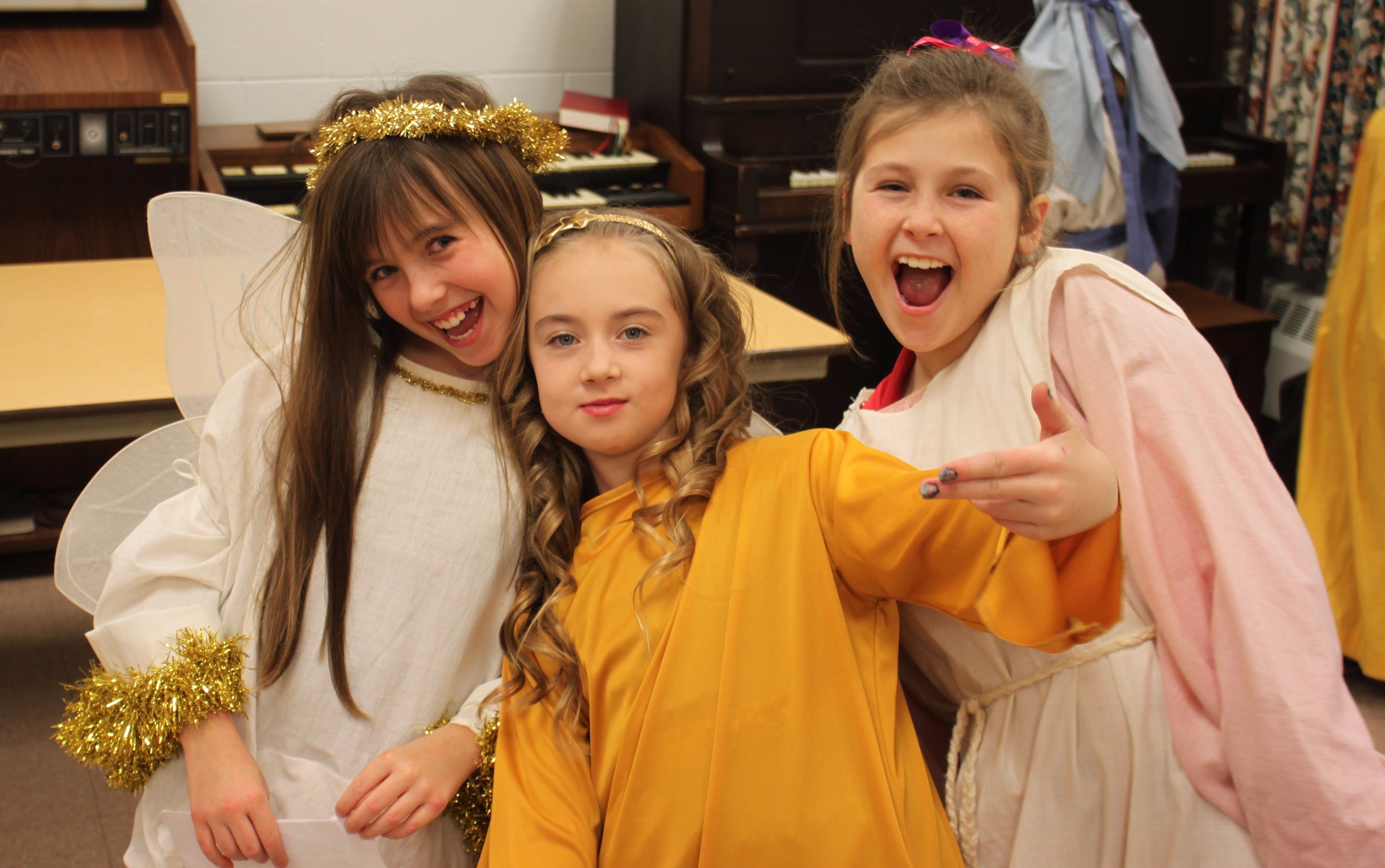 Our mission is to be a Lutheran congregation which welcomes all people to create and nurture life changing relationships based on the love of God in Jesus Christ, so that we may grow in faith, serve God, and serve our neighbor.  More information can be found here.